A catamaran’s owner has decided to adapt my design to his boat, which is sailed on a large freshwater lake. As the lake’s currents are virtually negligible, the boat speed is measured from a GPS. Furthermore, for a catamaran, there is no need to correct wind angle measurements for heel. No electronic compass is planned for now. A Nexus tablet is used as display, with a Bluetooth link to the system.

For a catamaran, as there is no heel, there is no way to calculate the leeway as we do for a keelboat  using boat speed and heel (as described here). So the owner will have to make test runs and physically measure the leeway in different conditions, while logging boat speed, wind speed and apparent wind angle. It is expected that the leeway angle can be correlated to these 3 variables, and that correction curves can be developed and programmed in the microcontroller. For now, the leeway corrections will be neglected until test data are available. 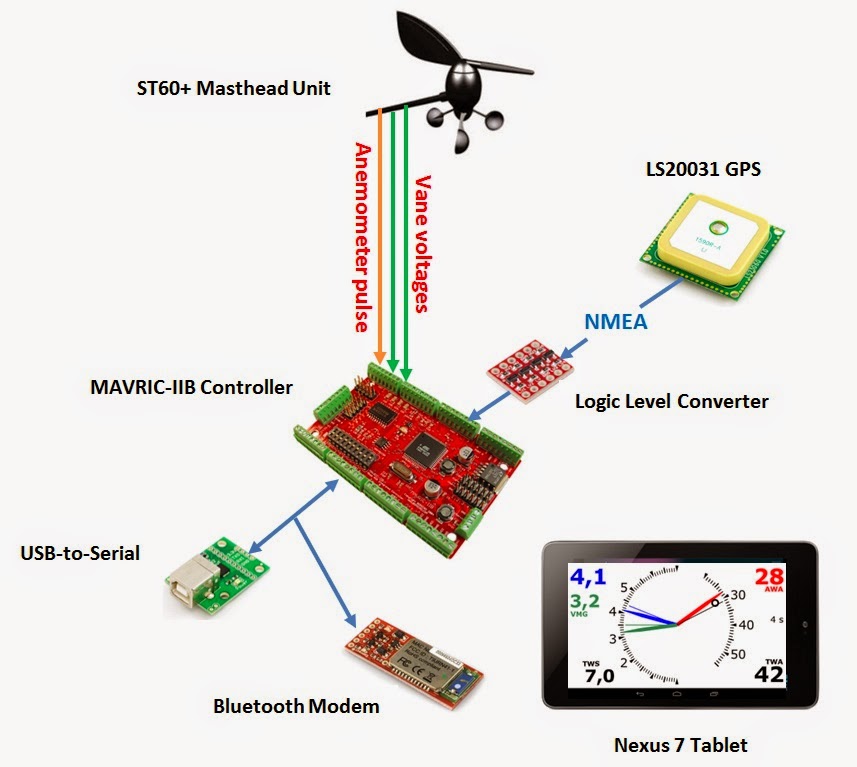 
These data are available through a serial link, going both to a Bluetooth modem and to serial-to-USB converter.

The Nexus tablet calculates running averages over an adjustable range and refreshes a custom display 10 times per second.

A laptop can be connected to the system to view or change calibration values, or to download live data for further analysis.